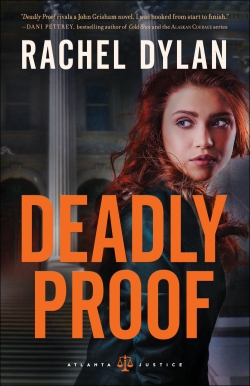 Tapped as lead counsel in a corporate cover-up lawsuit against Mason Pharmaceutical, Kate Sullivan knows this case could make her career. What really drives her, though, is getting justice for the victims whose lives were ruined by the company’s dangerous new drug. But when a whistleblower turns up dead, it paints a target on the back of everyone involved.

Former Army Ranger turned private investigator Landon James steps in to handle security for Kate. He’s still haunted by mistakes in his past and is determined never to let something like that happen again. But it soon appears someone is willing to do anything–even commit murder–to keep the case from going to trial.

As danger closes in, Landon can’t help but admire Kate’s courage and resolve–but will her determination not to back down become too great of a risk? 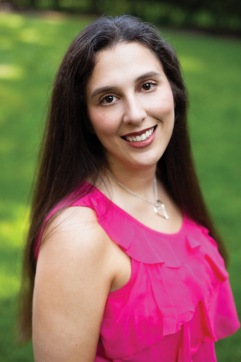 Rachel Dylan was a litigator in one of the nation’s most elite law firms for over eight years and now works as an attorney at one of the Big Three automobile manufacturers. She is the author of four Love Inspired Suspense novels and lives in Michigan with her husband. She is active on social media, and you can visit her website at www.racheldylan.com.

Q & A with Rachel Dylan

The storyline of Deady Proof instantly intrigued me. I found it very interesting to see how the kind of lawsuit presented in the book would play out. I had never really thought about how it would work from both sides of the lawsuit as well as in court. Ms. Dylan did a very good job of cluing me in about that without it feeling like she was just telling me information.

There were several different characters whose viewpoints were presented throughout the book. While I have read some books that did not do this well and ended up being confusing, that was not the case with this book. It was very well done in this book and I really appreciated the opportunity to get inside the mind of more than just one or two of the characters. Having a little time in the minds of the chosen characters, getting to see their thought processes as they encountered different situations, seeing how they decided to take the actions they did and what motivated them made it all the more engaging. Because of this aspect of the book, I was able to better grasp the internal struggles of the characters as they decided how to handle things. For some, decisions that needed to be made were clear to them while, with others, lines were not so clearly drawn in their minds of what they were willing or not willing to do. It was interesting to see how that played into their decision making.

I did struggle a bit with Kate’s character because I did feel she was a little too naive at times, a little too soft. I was glad to see Bonnie’s character there to balance her out a little. I believe that it’s good to be “gentle” at times, but there are other times when more is called for. That aspect of my personality made it a little difficult to relate to Kate at times. I likely would have handled some things a little differently than Kate did if I had been in her position. With that being said, I could still appreciate the fact that Kate stood by her methods and her way of living even when others pushed her to be different than who she was.

Overall, I enjoyed the story and it’s development. I thought it was a well balanced book with a good amount of suspense, mystery, and romance.

September 27: Reading Is My SuperPower

October 4: Because I said so — and other adventures in Parenting

October 4: Through the Open Window

October 6: Have A Wonderful Day

October 9: His Grace is Sufficient

To celebrate the tour, Bethany House is giving away four Suspense Novels and a $25 Starbucks Gift Card!!

**I received a copy of this book from the publisher via Net Galley and have chosen to review it. All opinions are my own.

Julie Jobe's favorite books »
Share book reviews and ratings with Julie, and even join a book club on Goodreads.